Home > books > the book on the nightstand > Bloom. A story of Fashion Designer Elsa Schiaparelli 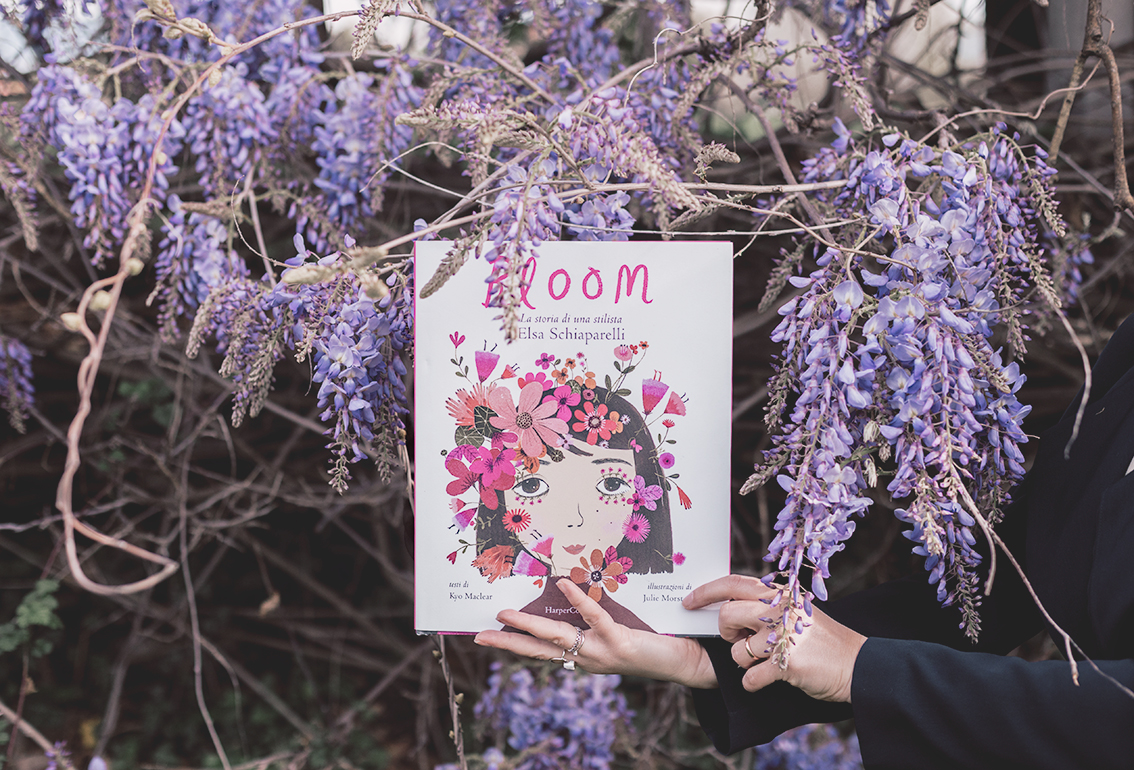 Bloom is the story of a flower that blooms, that flower bears the name of Elsa Schiaparelli.

The HarperCollins publishing house dedicates an illustrated story to the Italian designer: the antagonist of Coco Chanel, the inventor of shocking pink, Elsa Schiaparelli was an “ugly” child who believed in herself and in her own imagination.

Daughter of an intellectual and an aristocrat who boasted of Medici descendants, Elsa Schiaparelli was born on 10 September 1890 in Rome. She was born in the disappointment of a house that was waiting for a male child. From an early age she is attracted by color and nourished by beauty. An idea soon blooms in her:

Will I ever be graceful as a peony, or determined as a daisy?
A seed seller pinches a flower on my dress. It’s strange, but also wonderful.
He gave me an idea.

Never live up to her sister Beatrice, the “ugly” Elsa doesn’t give up. Thanks to the trust placed by his uncle Giovanni, an astronomer by profession, she begins to believe in her daydreams. One day to look like a flower garden she risks her life planting flower seeds in her ears, mouth and nose.

It would be great to have a flowered face like a magnificent garden!

Saved in time in the small Elsa, however, the powerful seed of imagination takes root. In the continuous search for ideas between books, objects and clothes, the designer find herself far from Italy. Paris, London and New York see Elsa’s star grow.

A world in pink, full of flowers told by the hands of Julie Morstad. The illustrator uses a technique in vogue at the beginning of the twentieth century called pochoir, which makes cut and shaped molds similar to the stencil.

With poetry Kyo Maclear gives voice to the story of Elsa, who strongly want that desire of beauty to become reality. Elsa, who did want to fight against any distrust received by her own family that the dream came true.

Bloom is the story of the life of Elsa Schiaparelli, a book that teaches children the power of ideas, of those flowers on their heads that, if filled and watered with love every day, can blossom. Adults should tell them that it is possible. 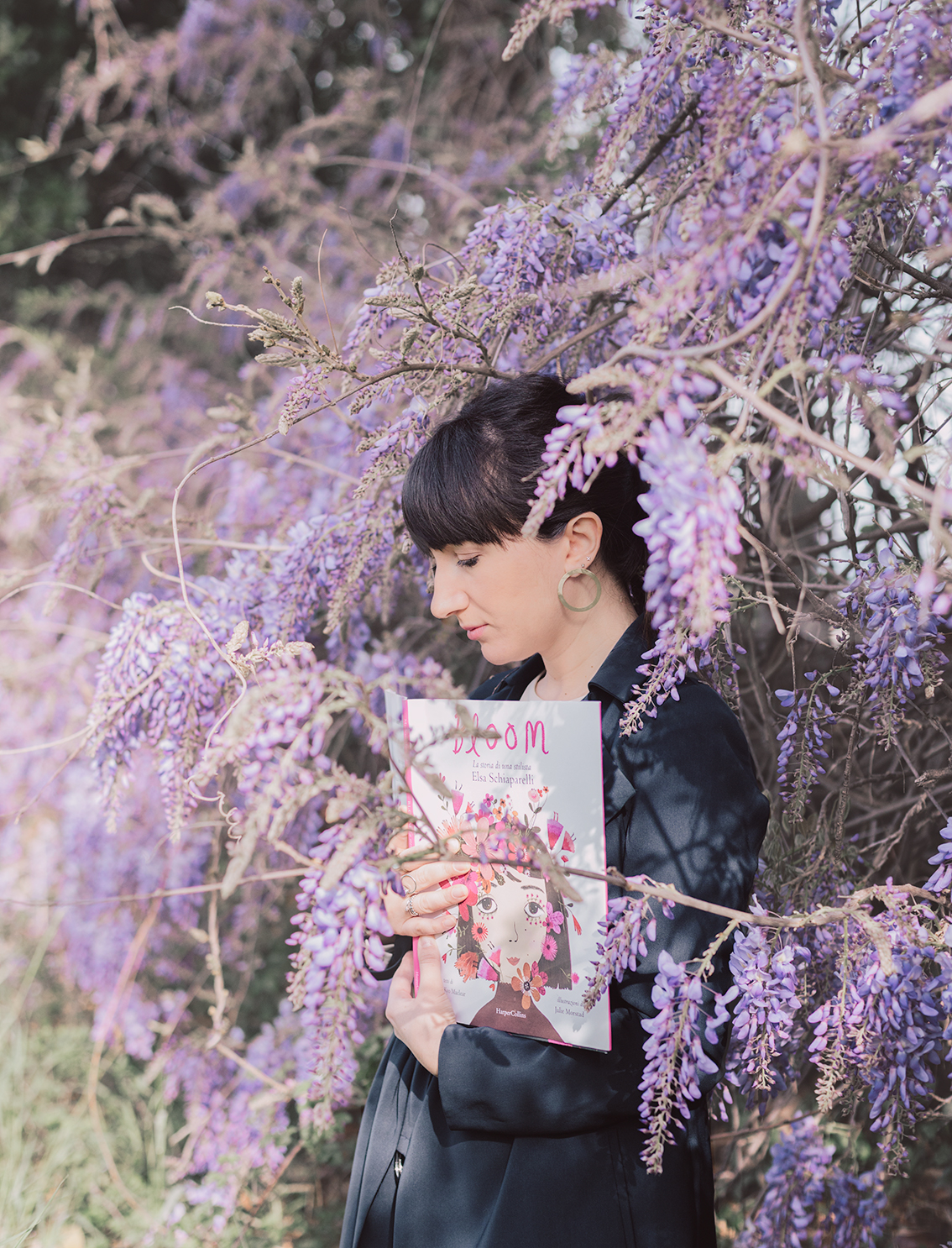 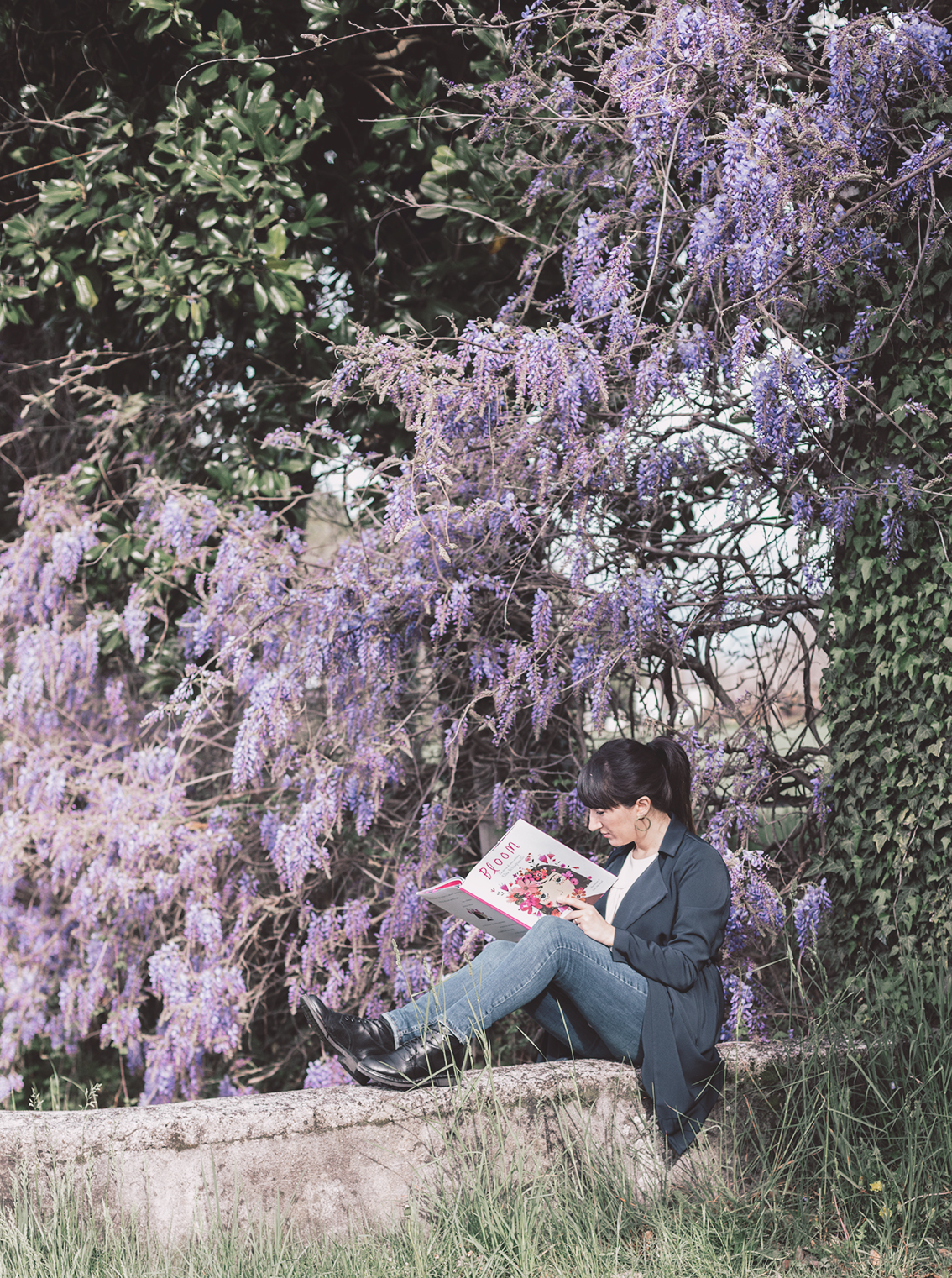